How would Alvin Kamara feel about re-signing with the Saints? 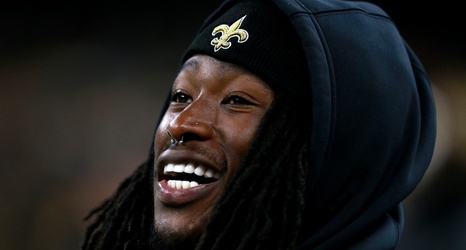 The NFL world was rocked on Monday by the news of a huge four-year, $64 million contract extension between running back Christian McCaffrey and the Carolina Panthers. Beyond the deal’s immediate impact on the Panthers as a franchise, it shook up the landscape of running back contracts around the league.

For New Orleans Saints fans tuned into Alvin Kamara’s Twitch stream with Bleacher Report, they earned a live reaction from one of the game’s most popular players — whose own contract is set to expire after the 2020 season. Kamara was thoughtful when asked how he’d feel about signing his own multiyear extension with the Saints.