How Jimmy Graham made history with Gronk, wishes he never left Saints 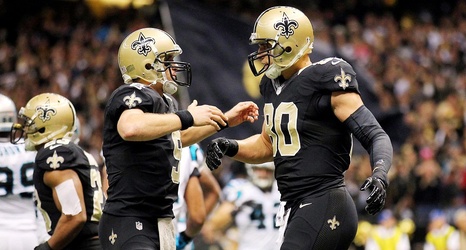 Graham can’t help but wonder “what could’ve been and what should’ve been” if he had stayed with Drew Brees and the New Orleans Saints for more than five years. Instead, he was traded to the Seattle Seahawks in 2015.

“I don’t think anybody really benefitted from the trade,” said Graham, who is now with the Chicago Bears, his fourth NFL team, in his 12th season. “You got a guy like Gronk who’s been with his quarterback his entire career in the same offense, the same scheme.