How does Marquez Callaway's rookie year compare to his predecessors? 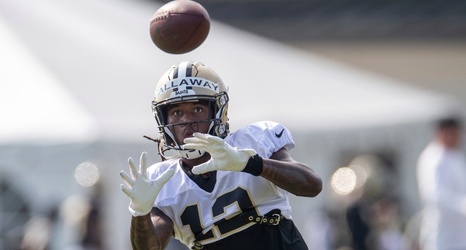 Ask a group of Saints fans which player they’re most excited to see in 2021 and you’ll hear a lot about Marquez Callaway. Last year’s undrafted find out of Tennessee made an early impression for his aggressive return skills on special teams, but he also seemed to catch everything that was thrown his way while fighting hard for yards after the catch. It’s not hard to see why the Who Dat Nation is hyping him up as a breakout candidate.

But some of the talk around Callaway has been kind of wild. “He’ll be No. 2 on the depth chart by the end of the year,” some comments read.