History Tracker: An update on Michael Thomas’ journey to 144 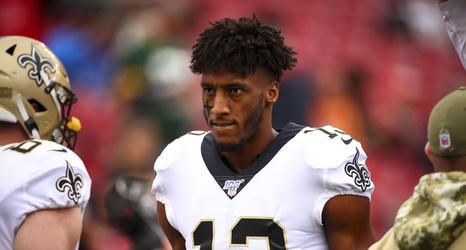 After a dominant performance from Michael Thomas against the Panthers, it looked like he was primed for another big-time game in the team’s rematch with the Atlanta Falcons. While the Saints did win, they weren’t led by Thomas.

Jared Cook as actually had the most receiving yards on the team while Thomas totaled just 48 yards. The yardage isn’t what is going to break records for Thomas; it’s the receptions that’ll get his name in the record books.

On Thursday, he failed to hit the average he needed to sustain to ensure he’d break Marvin Harrison‘s single-season reception record.