Has Latavius Murray shown he was worth letting Mark Ingram go in free agency? 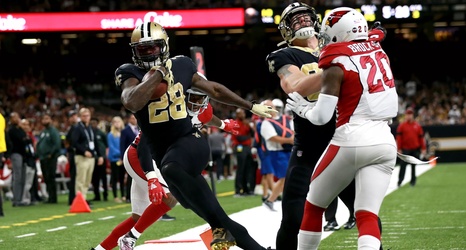 After gaining only 138 rushing yards and scoring one touchdown through the first six games of the season, Saints running back Latavius Murray has racked up 221 yards and three touchdowns in just the past two weeks. Almost unbelievably, Murray’s receiving touchdown against the Cardinals was his first ever as a pro.

He told Rich Eisen on his show that head coach Sean Payton had really “opened up the playbook” for him in recent weeks with star running back Alvin Kamara nursing both knee and ankle injuries. If you haven’t watched The Rich Eisen show, I suggest you tune in sometime.