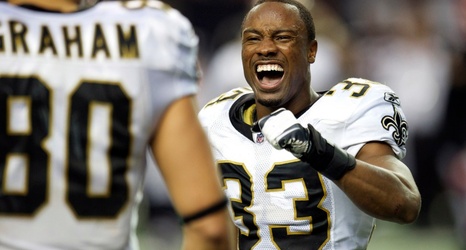 Jabari Greer was one of the unsung heroes of the 2009 New Orleans Saints squad, which won Super Bowl XLIV and brought the city its first Lombardi Trophy. The veteran cornerback started several years for New Orleans and consistently manned up against the best receivers in the league.

His playing career ended with a torn ACL, but Greer has found success in covering NFL games in Canada for TSN and contributing to the SEC Network as a college football analyst, a role he’s enjoyed as a proud Tennessee Volunteers alum.

When prompted by a fan to discuss the changes in the 2019 Saints offense against the unit Greer played alongside from 2009 to 2013, Greer acknowledged the differences seen today while praising Saints coach Sean Payton and his staff for creatively working with the personnel they have, and not trying to put players in positions they aren’t suited for.