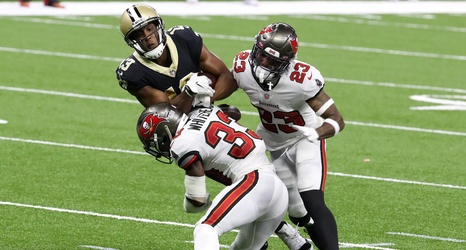 A look at the Saints running game in week 1 and how they want to improve going into week 2.

Details regarding Alvin Kamara’s 5-year contract have come to light, such as the notion that, “Though the average annual salary is $15 million, Kamara’s annual base salary does not rise above $10 million until the 2024 season.”

As expected, Michael Thomas missed practice on Thursday due to his ankle injury, but Cesar Ruiz, who previously missed due to an ankle injury of his own, returned to practice as limited.

While Michael Thomas missed practice due to injury, Emmanuel Sanders was also not at practice, though his absence did not appear to be injury-related; also, the running back Dwayne Washington has been activated off of the COVID-19/Reserve list, leaving the team with no players on the list anymore.