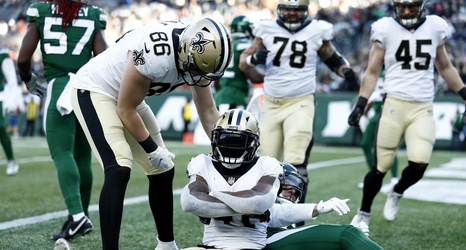 Demario Davis shares his story of how a fan jumped onto the field, and when the fan was tackled, he was tackled into Demario.

Despite the return of Alvin Kamara, Terron Armstead, and Marcus Davenport, multiple players were still inactive for the Saints’ game against the Jets, including Ryan Ramczyk, Kaden Elliss, Pete Werner, and others.

A video of Alvin Kamara’s first touchdown since returning from injury.

Alvin Kamara shares how much it means to him to be able to get back on the field.