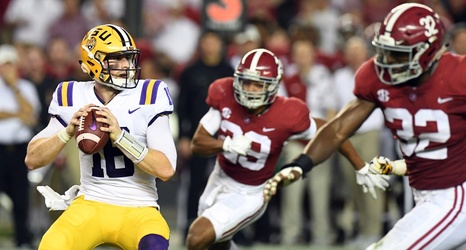 New Orleans Saints backup quarterback Taysom Hill is better-known for his talents as a blocker, receiver, runner, and gunner on special teams than his abilities as a passer, but the Atlanta Falcons aren’t taking the threat he poses lightly. To best prepare for the versatile playmaker, they’ve brought in a face familiar with many LSU Tigers fans within the Who Dat Nation: quarterback Danny Etling.

The Athletic’s Jason Butt reported Friday that Etling was spotted at Falcons practice running with the scout team, wearing the No. 7 jersey (just like Hill wears for the Saints) and mimicking some of the roles Hill has played for New Orleans.