Dwayne Washington continues to serve as Saints emergency backup, but that role is in jeopardy 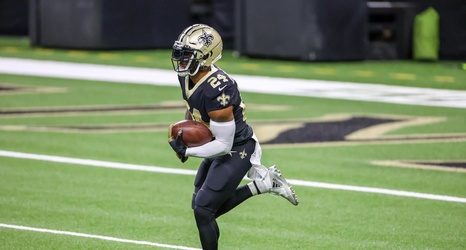 Since joining the Saints in 2018, Dwayne Washington has been a “break class in case of emergency” running back for the Saints. Whether it was Alvin Kamara and Mark Ingram or Alvin Kamara and Latavius Murray in front of him, Washington usually had his touches in blowouts or games with limited personnel.

That role continued in 2020, but Ty Montgomery’s huge game against the Panthers when Kamara was on the COVID-19 inactive list may have it in danger. Washington had just eight touches for 15 yards on the year, down from 60 yards on as many touches last season.