Drew Brees, Teddy Bridgewater are the only Saints in ESPN's top 50 free agents 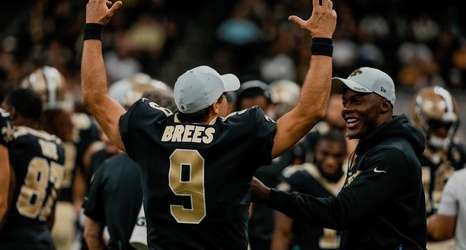 The analysts at EPSN ranked the top 50 free agents who will be on the market this offseason, and just two New Orleans Saints made the list. Worryingly, they both play quarterback: Drew Brees and Teddy Bridgewater.

Brees was named the third-best free agent set to hit the market in 2020, trailing only two other passers: Dallas Cowboys quarterback Dak Prescott and New England Patriots legend Tom Brady. Here’s what ESPN had to say in ranking Brees so high among hist peers:

Brees produced the NFL’s third-best QBR (72.0) after returning in Week 10 from a torn thumb ligament, trailing only Lamar Jackson and Patrick Mahomes during that period.