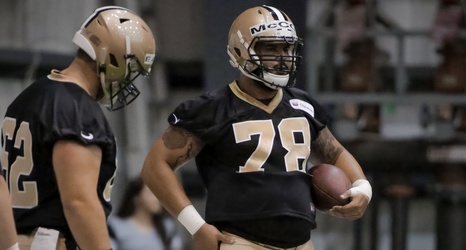 The New Orleans Saints did a great job of keeping quarterback Drew Brees upright against the Houston Texans, allowing just one sack and a handful of other pressures despite facing a talented Houston defensive line.

A key contributor to that success was rookie center Erik McCoy, the Saints’ top draft pick out of Texas A&M. McCoy was as impressive a prospect as any team could hope to trot out for Week 1, but there was still some nervous energy around his NFL debut.