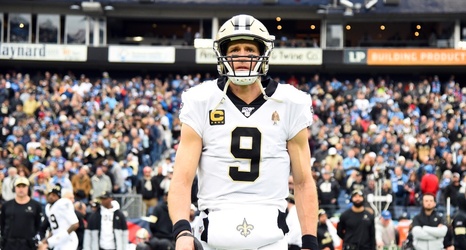 While he was an egregious snub on the 2010s All-Decade Team produced by the NFL and the Pro Football Hall of Fame, New Orleans Saints quarterback Drew Brees did get some respect put on his name by the analysts at Pro Football Focus.

Brees was named PFF’s second-team quarterback of the past decade behind Tom Brady, taking a shot at the NFL’s preference for Green Bay Packers passer Aaron Rodgers on their own list. PFF analyst Sam Monson wrote:

While Aaron Rodgers made the NFL’s team, Brees was better than him in both the first and second half of the decade.