Dan Quinn: Matt Ryan will suit up and play against the Saints 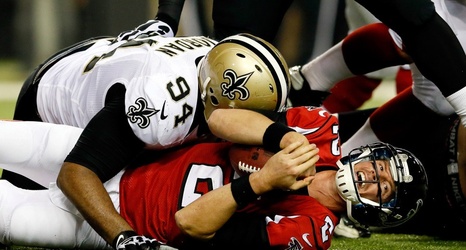 Atlanta Falcons starting quarterback Matt Ryan will take the field against the New Orleans Saints in their Week 10 kickoff, coach Dan Quinn confirmed during a media availability session on Friday. Ryan missed his team’s last game with an ankle injury, getting an early start to rest and recover during their bye week.

Backup passer Matt Schaub started in Ryan’s place, completing 39 of 52 passes to throw for 460 yards against the Seattle Seahawks, scoring one touchdown and tossing an interception in their 27-20 loss. Ryan has averaged 310 passing yards per game this year, throwing 15 touchdown passes against 8 interceptions.