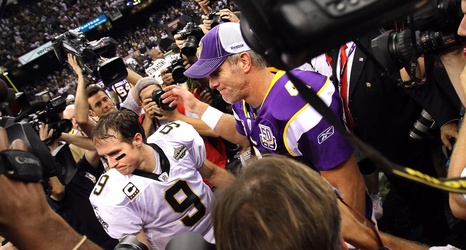 Hall of Famer Brett Favre appeared on the SirusXM Blitz radio show on SiriusXM NFL Radio yesterday to discuss the career of future Hall of Famer Drew Brees. The former Packer, Viking, and Jet was asked directly if he thinks the New Orleans Saints quarterback is playing in his final NFL season in 2020. His answer?

“I do. Stranger things have happened but I do get the sense that, you know, they’ve come so close the last few years. And in some respects that’s good, in others that’s bad. Say that happens again this year, and maybe that’s the reason he’s come back the last couple years.