Are the 49ers or Saints the best team in the NFC? 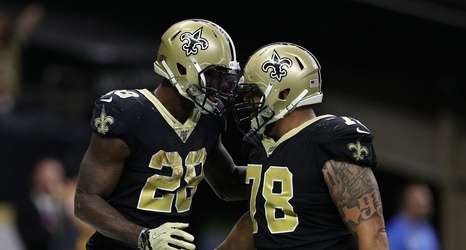 The San Francisco 49ers may be the last team in the NFL to remain undefeated, but there are a few teams that could stake their claim as the best in football. One of those teams used to be NFC West rivals with the 49ers in the New Orleans Saints. Are the Saints the best team in the NFC or do they have to look up at the 49ers for the time being?

On this week’s episode of Stacking the Box, FanSided‘s Matt Verderame and Mark Carman, along with former NFL offensive lineman Geoff Schwartz, look at the crème de la crème of the NFC and decide which team looks better at the top of the NFC: the 49ers or the Saints (12:20)?