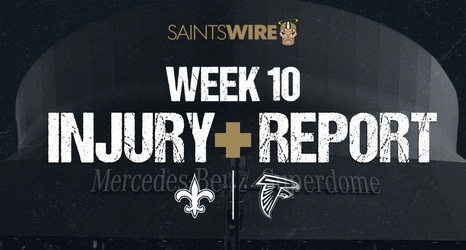 The New Orleans Saints and Atlanta Falcons updated their injury reports on Thursday, reflecting changes in various players’ injuries and ailments. Saints coach Sean Payton said earlier that running back Alvin Kamara will play in Sunday’s game against the Falcons, though Kamara’s status throughout the week should be monitored to give a better indication of his expected workload on Sunday. On Thursday, he was a full participant in practice, which is a huge upgrade.

There’s more good news for Saints fans: Thursday’s updated injury report did not give much cause for concern, as all key playmakers (Kamara, tight end Jared Cook, and wide receiver Tre’Quan Smith) were on the practice field in full capacity.