Alvin Kamara gets recruited by the Rams in HBO 'Ballers' cameo 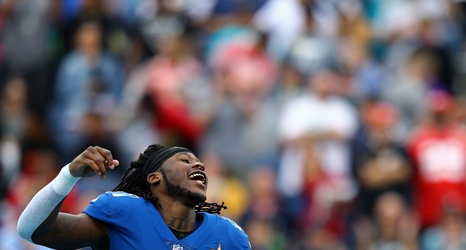 New Orleans Saints running back Alvin Kamara has risen to superstar heights in the NFL, and he’s starting to see his success get noticed on other channels. The Saints’ centerpiece appeared in a recent episode of the HBO series “Ballers,” which represents a sometimes-embellished look at the lives of pro football players. It mostly serves as a vehicle for Dwayne Johnson, actor and former pro wrestler (and a one-time Miami Hurricanes player), to interact with various other celebrities from around the NFL.

Kamara and a friend are shown meeting at a coffeehouse when a fictional Los Angeles Rams general manager approaches him.