2 things the New Orleans Saints could improve for Week 6 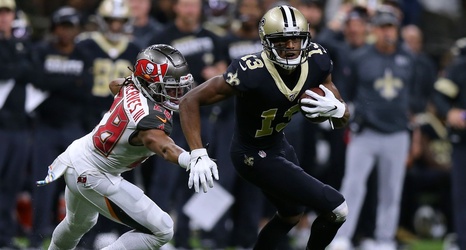 While many, including Stephen A. Smith, put the “done chain” on the New Orleans Saints, they knew what they were capable of, and the team led by Teddy Bridgewater continues to prove they’re among the league’s best.

Week 5, which took them to 4-1 on the season, was their most recent display of a capable defensive combined with a high-powered offense. As we expected, their first divisional game was a shootout, combining with Tampa Bay for a total of 55 points.

Tampa Bay had scored over 100 points through the first four weeks coming into the game so it wasn’t surprising that they were able to put up over 20 on the Saints.