Saints vs. Colts: 3 Things We Learned From Both Teams 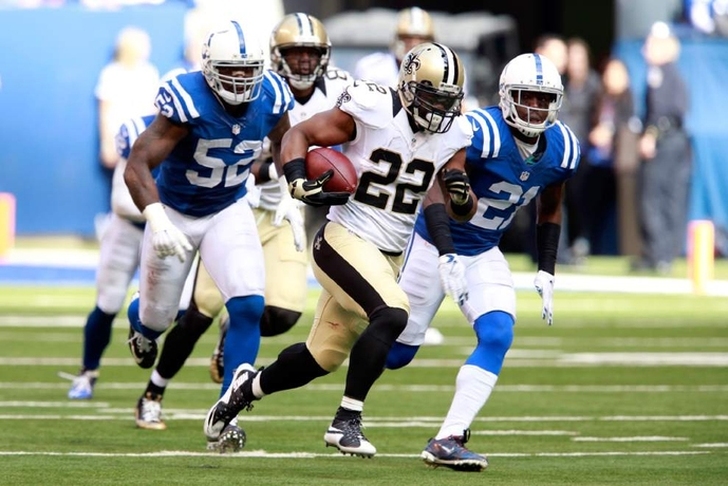 The New Orleans Saints picked up a much needed win over the Indianapolis Colts, holding on for a 27-21 victory. Here are three things we learned about each team in that game:

Maybe the Saints can save their season. New Orleans has won their last two games after a 1-4 start, putting them firmly in competition for one of the wild card spots. If they can keep this up, they might even be able to compete with the Panthers and Falcons at the top of the division.

Mark Ingram is the running back they've needed. The former Heisman trophy winner is finally starting to play like the back the Saints thought they were getting when they drafted him, running for 143 yards and a touchdown on just 14 carries.

The defense is improving. New Orleans has been inconsistent on that side of the ball all year - to put it nicely, but they shut down one of the most talented offenses in the league for a good portion of the game, and forced three turnovers. They're definitely moving in the right direction.

Is Chuck Pagano on the hot seat? Pagano is on the last year of his contract, and unless the Colts make a deep playoff run, his contract might not be renewed after the year. A slow start for the Colts didn't cool the hot seat either, and Ian Rapoport reported that Pagano had "doubts" he would return. Keep in mind that owner Jim Irsay could look to go "big-game hunting" for a head coach. Is Pagano that guy?

Andrew Luk is still struggling. He had one of the worst halves of football in his career in the first half, throwing two interceptions and looking completely inept under center. True to form, he nearly made up for it and played exceptionally in the second half, but he HAS to cut down on the turnovers.

It's time to admit the Colts aren't a very good football team. Luck's play has masked most of their deficiencies over the course of the past few years, but he can't do it any longer. The defense is atrocrious, the offensive line is a joke, and they have no running game.