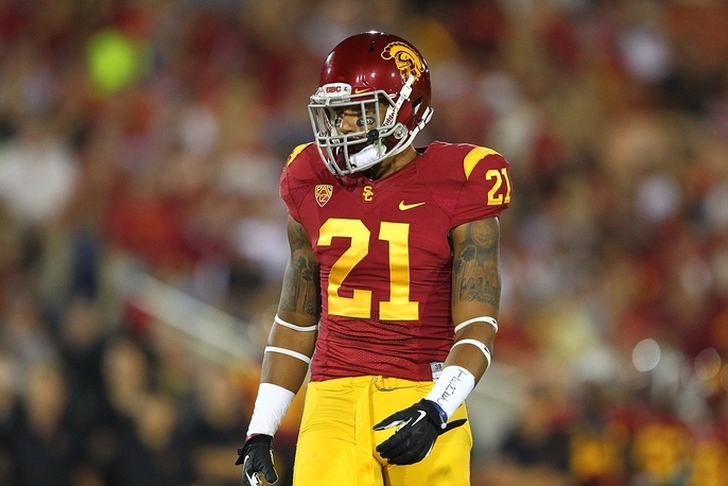 The New Orleans Saints hold the No. 12 overall pick in the 2016 NFL Draft after a down season With a few needs and free agency essentially over, New Orleans is looking to the draft to address them. The Saints are hoping to fix the weaknesses that prevented the team from making the playoffs and ensure they make a trip to the postseason next year. Here are all the latest Saints draft rumors that you need to know.

DT Still An Option For Saints?
With the signing of DT Nick Fairley, many thought the Saints could elect to pass on taking a defensive tackle in the first round. However, ESPN's Mike Triplett says that's not the case. Triplett writes that the Saints should take the best player on their board and that could end up being a DT. It's a strong class and the Saints might miss out on the top nine or 10 by the time their second round pick rolls around. Even with the addition of Fairley, the Saints still need DT help.

Saints Getting Visit From Su'a Cravens
USC LB/S Su'a Cravens isn't doing private workouts with teams, but has six visits lined up. He told Pro Football Talk that one of those teams is the Saints. It's unclear if linebacker or safety is the ideal position for Cravens. He might end up being a hybrid linebacker/safety in the mold of Deone Bucannon and Mark Barron. He could be an option in the second round for the Saints.

Saints Working Out Boise State OL
The Saints are also taking a close look at Boise State offensive lineman Rees Odhiambo, reports The Advocate. A tackle at Boise State, he'll likely shift inside to guard. Odhiambo is coming off a broken ankle, but has potential in a poor guard class. He's raw and profiles as a Day 3 pick.