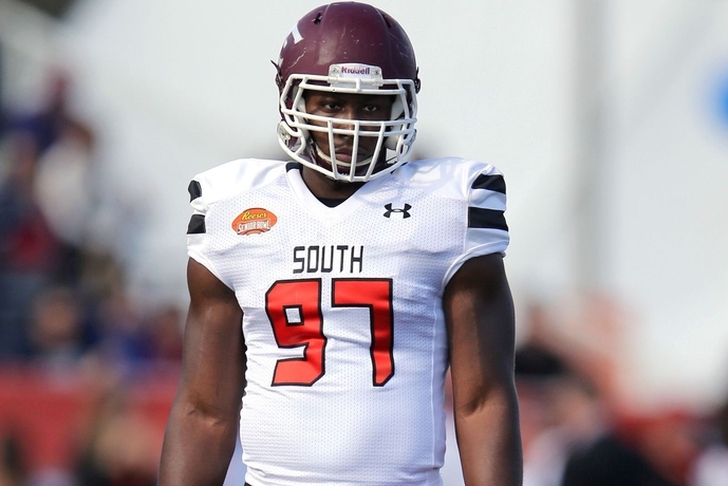 The 2016 NFL Draft is just weeks away, and the rumor mill around the New Orleans Saints is starting to pick up. The Saints will likely target defense early, as they have major needs at several spots on that side of the ball. With the draft rapidly approaching, here are the latest Saints Draft Rumors:

Saints Looking At Paxton Lynch?
The New Orleans Saints are at least looking into taking a QB in this year's draft. After visiting with Jared Goff earlier this week, the Saints will also bring in Memphis QB Paxton Lynch.

The #Saints had a visit with #Memphis QB Paxton Lynch today, and he heads to NJ for a visit with the #Jets tomorrow, source said.

The Saints already have three QBs on the roster, which would make a selection of Lynch a bit of a surprise. Drew Brees is still the starter at QB, and the Saints re-signed veteran backup Josh McCown. The team spent a third round pick on Colorado State's Garrett Grayson in last year's draft, and he's being groomed to take over for Brees. Perhaps this is the Saints just doing their due diligence.

Noah Spence Visits
The Saints had a visit with Eastern Kentucky pass rusher Noah Spence Thursday, reports NOLA.com. Spence started his college career at Ohio State, but was banned from the Big Ten after failing multiple drug tests for Ecstasy. Spence transferred to Eastern Kentucky, where he played well. Spence is a 4-3 DE or 3-4 OLB and would likely be the first pass rusher off the board had he not been kicked out of Ohio State. The character concerns hurt his stock, but Spence should be a first round pick. He'll be an option for the Saints at No. 12 overall if he's on the board.

Should The Saints Add A WR?
The Saints have major needs on the defensive side of the ball and at guard, but that doesn't mean they should overlook WR. The team has Willie Snead, Brandin Cooks and Brandon Coleman, but that's it. The lack of depth is why Nick Underhill of The New Orleans Advocate argues the Saints drafting a WR early makes sense.

Underhill says Laquon Treadwell could be a true replacement for Marques Colston, while Michael Thomas could be the burner the team lacks on the roster. While the Saints are likely to focus on defense, Underhill says the luxury of drafting a wide out is a possibility.