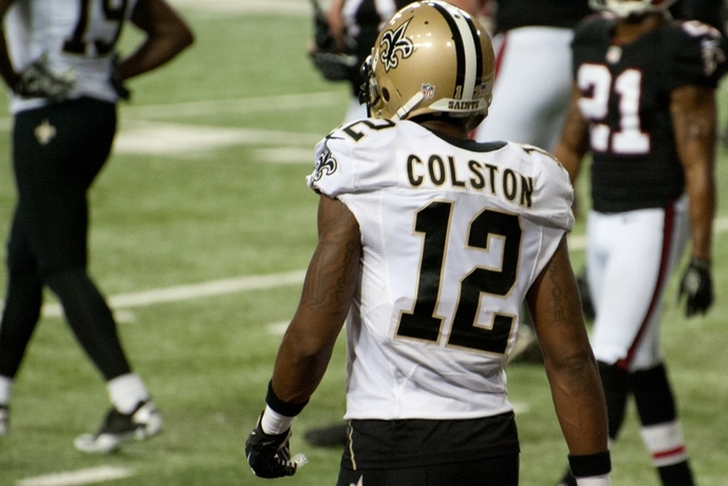 Per Brett Martel of the Associated Press, "as Drew Brees drove the Saints to the end zone on the opening series of the club’s annual preseason scrimmage Friday, his six completions included two to Watson and two to Colston, capped by Colston’s touchdown on 3-yard fade."

Colston, 32, started training camp on the physically unable to perform list, but he doesn't see his undisclosed injury as a problem going forward. “It’s felt really similar to what I’ve done in the past,” Colston said. “Going into Year 10, physically I’m not the same as I was in 2006, and with that comes some little nuances and just things that I can do technique-wise that can make up for maybe some of that.”

For Watson, the transition from being a backup to departed star Jimmy Graham to becoming a featured part of the offense has gone smoothly so far.

"Obviously Jimmy was our lead tight end last year. And as I said plenty of times, he’s an elite talent, and he should’ve gotten all the balls that he got,” Watson said. “I’m in a position to get the ball a little more, obviously, without Jimmy here. And with that, getting the (practice snaps) and being with Drew, there’s obviously a relationship that gets built there.”