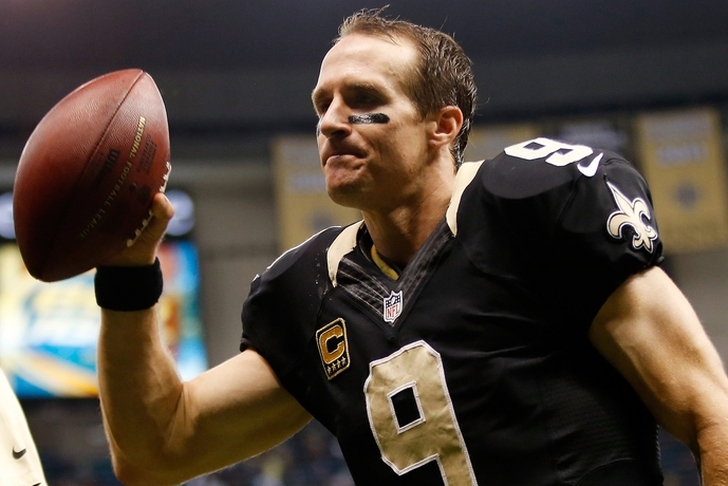 New Orleans Saints quarterback Drew Brees is 37 years old and will come to the end of a five-year, $100 million deal after the 2016 season, but team GM Mickey Loomis isn't factoring in Brees' advanced age when it comes to talks of a contract extension.

"We want Drew to be our quarterback this year, next year and the foreseeable future," Loomis said to FOXSports.com's Alex Marvez. "I know he feels like he's got more years left in him. I would say we feel that way as well. We'll get that worked out in a way that helps our team and obviously fits in with what he wants to do."

Drew Brees had a fantastic season statisically in 2015, ranking in the top 20% of NFL quarterbacks in several key metrics. However, the Saints' defense was completely manhandled in several games this year, which limited Brees' impact and sent the team sputtering to a 7-9 record.

However, Loomis believes the young talent around Brees will help the team get back to the Super Bowl heights it enjoyed earlier in Brees' career. More Saints news and rumors inside Chat Sports' iPhone and Android apps!

"We're pretty excited about some of the younger players that we've acquired over the last couple years," Loomis said. via Marvez "I believe we've played more first-year and rookie players than anyone else in the league this past year in terms of number of plays. The bulk of that is on defense.

"We've got some work to do. We've got to improve our pass rush and front seven. That will be one of the goals we have in this offseason -- to get some help up front so we can climb defensively and help out our offense."

Brees will currently count for $30 million against the cap on his current deal. Reworking Brees' deal with a contract extension will be paramount to the team's free agency efforts heading into the new league year.