The Saints' Four Biggest Team Needs For The NFL Draft 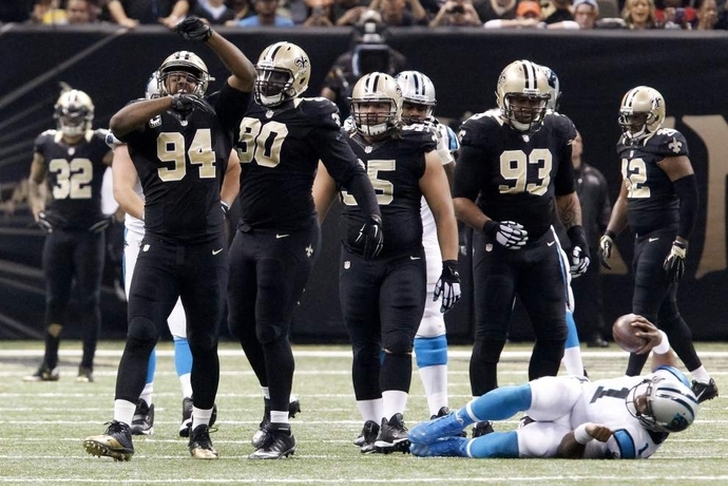 The NFL draft is nearly here, and the New Orleans Saints still have a few team needs they need to address during the draft. The team made a few moves in free agency, but will likely to address the rest of their team needs in the NFL Draft. With the draft three weeks away, it's time to take a look at the Saints' biggest team needs.

Although fans might want a new coach, general manager, owner or whatever, only positional needs are detailed here. Needs already addressed via free agency (like signing TE Coby Fleener) are not included. With all that in mind, here are the 4 Biggest Team Needs For The Saints In The NFL Draft:

2. Offensive Guard:
The Saints cut Jahri Evans earlier this offseason, making this a bigger need. Tim Lelito isn't a great guard, but he's passable as a starter. While he could be upgraded, he's the closest thing the Saints have to a worthy starter. New Orleans could move Andrus Peat or Zach Strief to guard, but they don't seem likely to do that. If they don't, the Saints will need to find a new starter at guard. At the very least, spending a mid-round pick on some depth would be smart.

3. Cornerback:
The Saints have Delvin Breaux at one CB spot and Kyle Wilson showed promise last year. A healthy Keenan Lewis could be a big boost and the Saints are hoping former 3rd round pick P.J. Williams stays healthy and contributes. But that's a lot of question marks and the Saints should find another young player to add to the mix. Adding a mid-round pick on the spot could pay off. Download the Chat Sports app for more Saints draft coverage!

4. Wide Receiver:
The Saints have Brandin Cooks, Willie Snead and are hoping for a breakout season from Brandon Coleman, but that's all they really have at the spot. Adding a mid-round pick on the spot seems like a likely outcome, especially with the release of Marques Colston. No one on the Saints roster outside of the three players mentioned have every played an NFL snap.