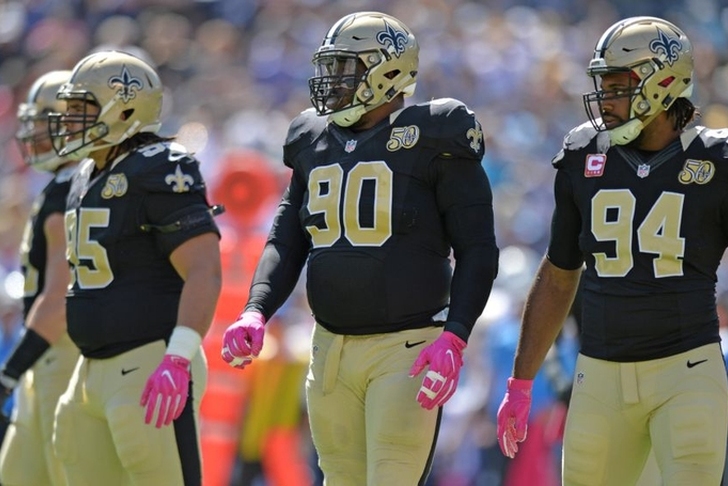 The New Orleans Saints won't have DT Nick Fairley this year and his NFL future remains in doubt because of a heart issue. The Saints placed Fairley on the Reserve/Non-Football-Injury list, ending his season.

Saints placed Nick Fairley on reserve/non-football-injury with his heart condition, per source, a sign he's not playing this year.

Updated: With Saints DT Nick Fairley being placed on reserve/non-football injury, he's now out for 2017. Officially. NFL time could be over.

The Saints also confirmed the move in a press release. 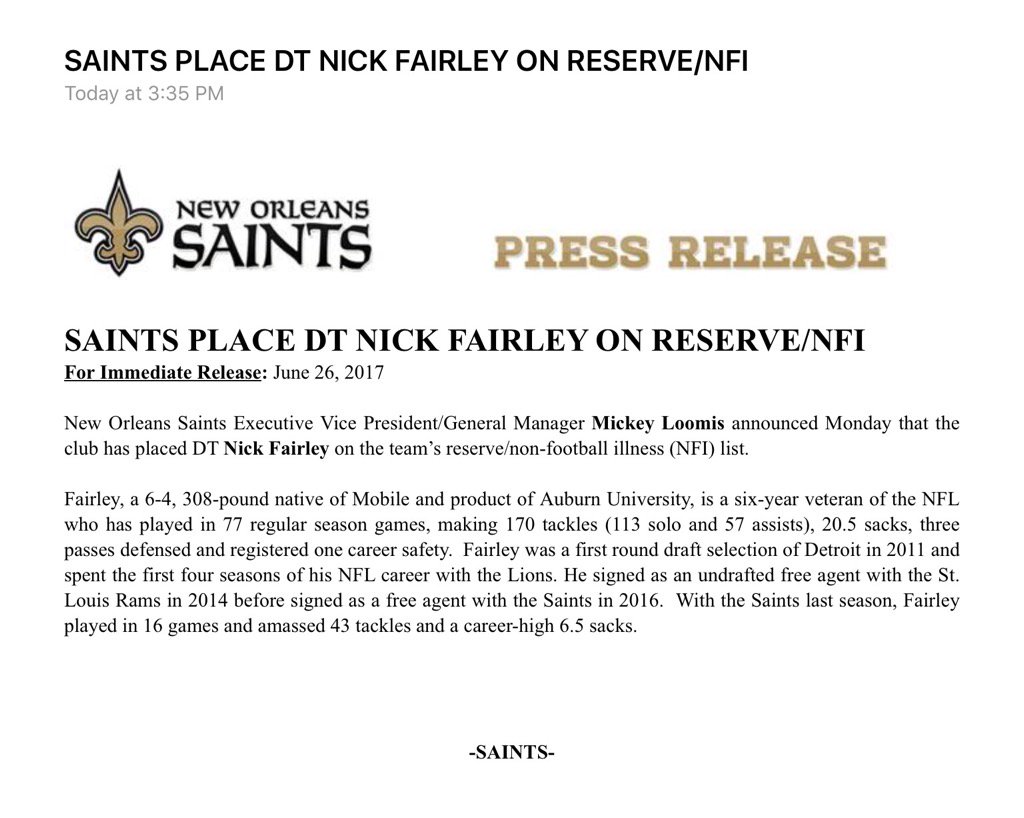 Fairley suffers from pre-existing heart condition, which he's played through in the past. Fairley had been away from OTAs dealing with the condition.

He just signed four-year, $28 million deal this offseason and the Saints are thin at DT. Raw 2016 fourth round pick David Onyemata would be next in line to see snaps.

Check out our New Orleans Saints team page for all the latest Saints News or download the Chat Sports App!