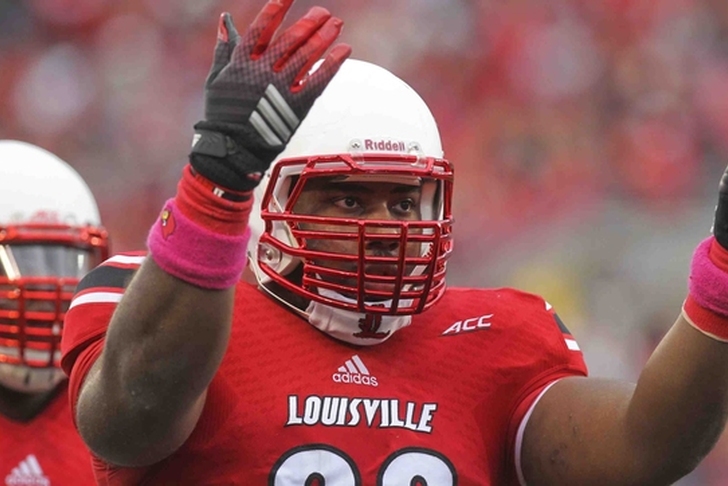 The New Orleans Saints have several holes to fill in the 2016 NFL Draft, but their biggest need will be plugging an impact player along the defensive line. While several names have been tied to the team in recent mock drafts, there's one name that stands out among the rest: Sheldon Rankins.

Will the Saints go for Rankins at No. 12?

Why Rankins Make Sense
The Saints had the second-to-worst rushing defense in the NFL last season, and finished with the sixth-lowest sack total as well. Ideally, the player they pick in the first round has the ability to help them in both of these areas. Rankins, who excelled at stopping the run and pressuring the quarterback while at Louisville, could come in and immediately meet these needs.

Other Options (Trading Up?)
The other defensive prospects that could be available at No. 12 are Alabama DT A'Shawn Robinson and Clemson DE Shaq Lawson, but neither offers the same versatility as Rankins. Another option for New Orleans is to trade up and secure one of the more elite defensive talents, with guys like DE Joey Bosa (Ohio State), LB Myles Jack (UCLA) or DL DeForest Buckner (Oregon) hanging around in the five to 10 range. According to beat writer Nick Underhill, New Orleans could be eyeing the Baltimore Ravens pick at No. 6.