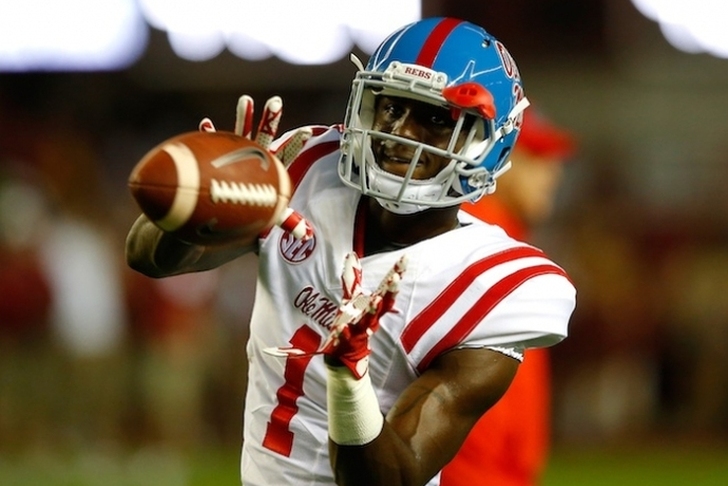 The New Orleans Saints have not been very active on the free agency market , but that doesn't mean they won't make any more moves. New Orleans still has their eye on several players still available on the open market, as well as some of the top prospects in the draft. Here are all the latest news and rumors surrounding the Saints:

Will the Saints bring back Patrick Robinson?
Cornerback Patrick Robinson is a free agent after spending this past season with the San Diego Chargers, but there is a chance that he could re-join the Saints this offseason, who he spent the first five seasons of his career with. Cana Street Chronicles' Tee Word explains why he'd be a good fit in New Orleans:

1) Robinson finished 2015 rated higher than every CB on the Saints roster, according to Pro Football Focus and 2) Robinson's most encouraging season as a Saint was in 2010 under current Saints defensive coordinator Dennis Allen (who was defensive backs coach then). A third, more significant reason to sign Robinson is the smaller contract he'd garner at this point. In 2015 he signed on with the Chargers for $2 million for one year and even after a decent season, he'd come in at near the same pay rate or slightly less.

Robinson is set to visit the Dallas Cowboys on Monday. He had 46 tackles with one forced fumble and one interception last year.

Laquon Treadwell a "wild-card possibility" in draft for Saints
The Saints are expected to draft a defensive player with their first round pick since their unit is one of the worst in the league, but ESPN's Mike Triplett says New Orleans could easily ditch that strategy to draft Ole Miss wideout Laquon Treadwell

I would never rule out a “best available player” approach when it comes to the Saints in the draft. And the one wild-card possibility that immediately leaps to mind is Ole Miss receiver Laquon Treadwell.

The Saints are thin at receiver after releasing veteran Marques Colston. They only have three receivers on the roster who have ever caught a pass in the NFL: Brandin Cooks, Willie Snead and Brandon Coleman. And Treadwell could have monster potential in New Orleans. He’s a big, physical receiver at 6-foot-2 and 221 pounds, who can go up and win battles for the ball in traffic.