Saints To Bring In Cal QB Jared Goff For Visit 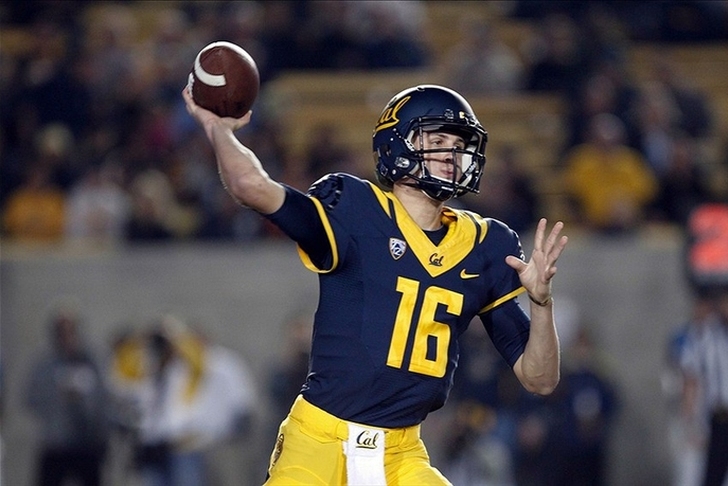 The New Orleans Saints took a quarterback in last year's draft, but they're looking into a top QB prospect for the 2016 NFL Draft. The Saints will bring in Cal QB Jared Goff for a visit, reports Mike Silver of NFL.com.

Goff will likely be a first round pick this year, and has often been mocked to the San Francisco 49ers at No. 7 overall. He's expected to be the second quarterback taken, behind North Dakota State's Carson Wentz. The Saints have the No. 12 overall pick and could just be doing their due diligence in the event that Goff slips to them.

The Saints already have multiple QBs on the roster, which would make a selection of Goff a bit of a surprise. Drew Brees is still the starter at QB, and the Saints re-signed veteran backup Josh McCown. The team spent a third round pick on Colorado State's Garrett Grayson in last year's draft, and he's being groomed to take over for Brees. The Saints even have Griffin Neal, a former D-III QB who played in Germany last year to be the fourth QB on the roster.

Goff isn't the only QB the Saints are looking at, as they've also looked into Memphis' Paxton Lynch, Michigan State's Connor Cook and Indiana's Nate Sudfield. Of those players, only Sudfield profiles as a late round pick.