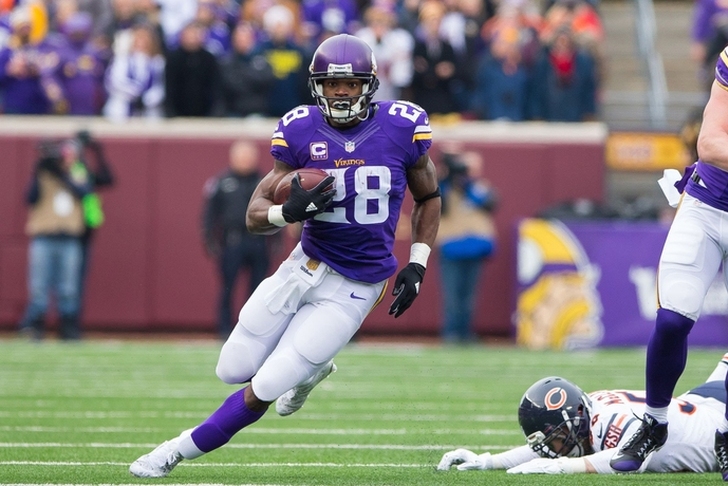 Running back Adrian Peterson is close to finding a new home. Ian Rapoport reports the New Orleans Saints are close to signing the running back to a deal.

Sources: #Saints & Adrian Peterson believed to be closing in on a deal that’d pay him $3M+ in ’17. Not done, but moving in that direction.

There wasn't much interest in Peterson for much of the offseason, reportedly as his asking price was too high. He'd also visited the Patriots.

Peterson was set to be the highest paid running back in the NFL this year, but the Vikings declined his option. At age 32, Peterson is coming off his worst season. He was limited to just 37 carries because of injuries and picked up only 72 yards on the ground. However, he was one of the NFL's best running backs just one year earlier. Peterson had a league-high 327 carries for 1,485 yards and 11 TDs.

Peterson would now share time in the backfield with Mark Ingram, if the two sides are able to complete a deal. Ingram wasn't pleased at times when he split carries with Tim Hightower last year. How the two running backs fit together will be an interesting dynamic. Nick Underhill of the New Orleans Advocate reports Peterson would be the backup.