MUST WATCH: Surveillance Video Of Will Smith's Hit & Run With Alleged Shooter Moments Before Death 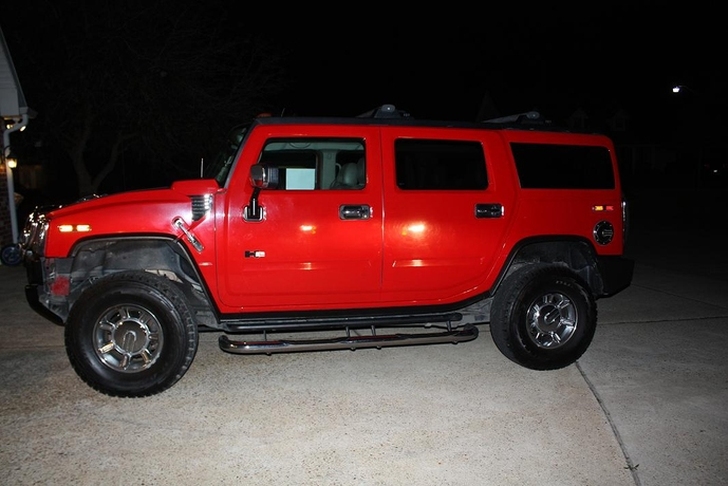 New details are emerging about the shooting death of former New Orleans Saints defensive end Will Smith, who was killed following a traffic incident in New Orleans. Initial reports said that Smith was rear-ended by a orange Hummer at a traffic light, at which point both parties exchanged words, which ultimately led to the shooting.

However, new video shows that the incident actually started beforehand. Surveillance video appears to show Smith's vehicle hitting the orange Hummer after it stopped abruptly in the middle of a street. The Hummer pulls over to the side, and Smith's Mercedes SUV is seen speeding off.

The incident occurred about two blocks from where the driver of the Hummer, Cardell Hayes, allegedy shot Smith multiple times.

New Orleans police said on Sunday that they would try to obtain serveillance video, but they have not confirmed they have received this video yet. Hayes' attorney said the video corroborates his client's story of being in a hit-and-run.

"Someone hit him," Fuller said. "The person failed to pull over. My client trailed behind this person in an effort to get their license plate number. My client also called 911. While he's on the phone with 911, that's when the three-car accident occurs, so he doesn't actually talk to a 911 operator. But we're hoping that the incident was recorded after 911 picked up."

Fuller went onto explain that a second gun was found at the scene, and they think that gun could help Hayes' claims of self-defense.

Hayes was arrested on Sunday on a second-degree murder charge. He did not enter a plea during his court appearance.