The Latest Saints Rumors On The NFL Draft, Trading Up For Paxton Lynch And More 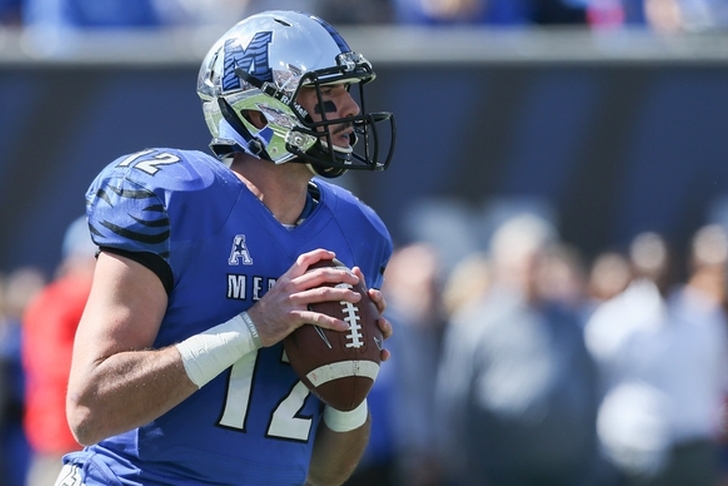 The NFL Draft is just two days away, and there are plenty of New Orleans Saints rumors floating around. The Saints have a high draft pick, and banking on adding an impact starter or two early. The Saints are expected to target defense early, although adding an offensive player or two is still an option. Let's get you caught up to speed with all the latest draft rumors, news and speculation surrounding the Saints.

Saints Trading Up For Paxton Lynch?
Not only did the Saints try to move up to the No. 1 spot for a QB, they still could make a draft day move for a QB.

As storylines develop for Thursday, one to keep in mind: The #Saints had talks about moving up to No. 1 for a QB. Will they do it for Lynch?

Moving up to No. 1 proved too costly for the #Saints. If they feel strongly about Paxton Lynch, they are a team to watch late in the Top 10.

This seems more like speculation that report, but the Saints did work out Paxton Lynch. New Orleans' apparent interest in a QB is a bit of a surprise, since the team took Garrett Grayson in the third round last year.

Saints Targeting Sheldon Rankins?
The Saints have been linked much more frequently to defensive players, and Matt Miller of Bleacher Report feels strongly about one player in particular.

Rankins makes perfect sense, as the Saints badly need defensive line help. He should be on the board for the Saints in the first.

Drew Brees Contract Extension
Brees told NFL.com that talks were ongoing with the Saints about a potential contract extension, but it appears that an extension is not close.

Per agent Tom Condon on @SiriusXMNFL sounds like nothing imminent between @saints & @drewbrees on contract extension https://t.co/rL91lLZHMS

Brees has just one year left on his contract, and carries a massive $30 million cap hit this season. He will turn 38 next year, and it's unclear how many prime years he has left.