Here Are All Of The Saints' Undrafted Free Agent Signings 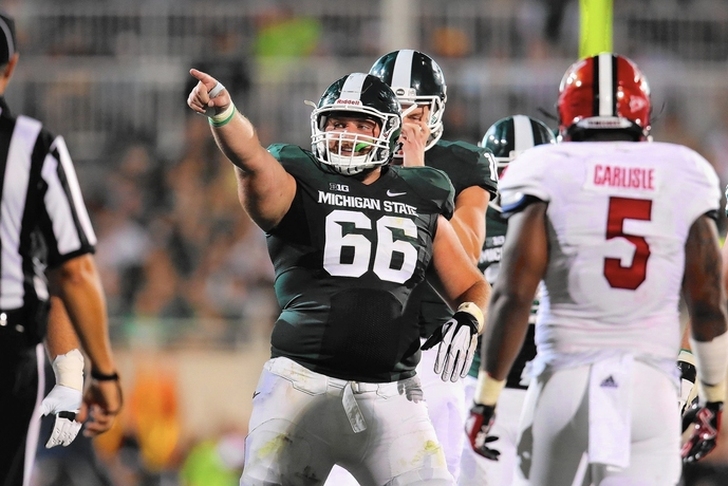 The 2016 NFL Draft is complete and the New Orleans Saints are already hard at working trying to land a few coveted undrafted free agents. NFL teams start trying to sign these UDFAs the second the draft ends, although the moves won't officially be announced for a few days.

These signings are all just reports at the moment, as the Saints haven't officially announced the moves, so we've linked the source for each report next to the player's name. We have every player the Saints have signed below. We've also included a brief write-up about the more notable additions.

It's a big UDFA class for the Saints. That helps, as the team didn't have many draft picks. The Saints wisely added some solid players, including a few who could end up making the team. The Saints put together one of the most impressive groups of UDFAs this year.

We'll start with OL Jack Allen. He was great at MSU and I was very surprised he wasn't drafted. He can play guard or center and I wouldn't be surprised if he makes the team as a backup. Another great OL pick-up was Landon Turner. His draft stock tanked after it became clear he's painfully slow, but he's strong enough that he could end up making a roster.

Dangerfield and Lewis didn't play big-time ball at WKU and NIU, but both have some intriguing abilities. The Saints are a bit thin at WR, even with the selection of Michael Thomas. A practice squad spot for one or either is an option.

The Saints traded up for Von Bell this year, but added a solid safety after the draft. I like Caputo, who could develop into a decent backup and special teams contributor.