Giants vs. Saints: 3 Things We Learned From Both Teams 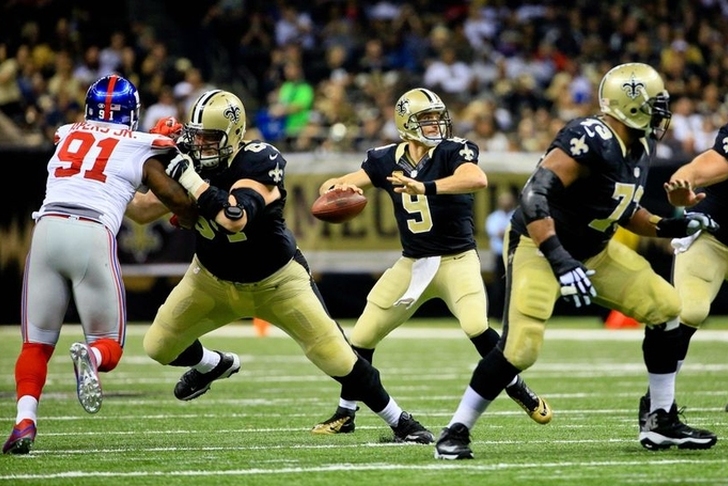 The New York Giants and New Orleans Saints put on an offensive fireworks display of Big 12 college football proportions, combining for 101 points in a perversely entertaining 52-49 New Orleans home win ended by a 50-yard Kai Forbath kick with time running out. Here's 3 things we learned from both teams in this epic shootout.

Credit this Giants team for climbing out a 42-28 hole, making this one a nail-biter down the stretch. Eli Manning returned to his Super Bowl year ways, surgically slicing through New Orleans' pass defense for 350 yards and six touchdowns overall.

How exactly did New York allow Drew Brees to connect on 80% of his passes? Saints RB Mark Ingram did fine on Sunday, but it's not as if the Giants were forced to respect the run. They just couldn't outthink Brees or outrun his weapons.

The Giants had a chance to separate from the NFC East pack a bit with a win. Now, we're looking at a race where NY is only a half game ahead and in danger of getting caught in an anybody-can-win-it slog.

Drew Brees remains one of the most deadly vertical-strike quarterbacks in the NFL, if not THE deadliest. Brees set career highs with 511 passing yards and seven touchdowns, gutting the NY secondary all day long. His 13 combined scoring passes with Eli Manning set an NFL record.

This isn't a Saints-only stat, but the teams combined for 101 points -- tied for third most in NFL history. This is a huge win for New Orleans' playoff hopes, but they need to figure out just what happened to their defense in this one.

Three wins in a row have boosted the Saints from a young, rebuilding squad to a fringe playoff contender. Credit goes to Sean Payton's offensive game-planning over the past few weeks which has lifted a moribund team from the bottom of the NFL barrel.