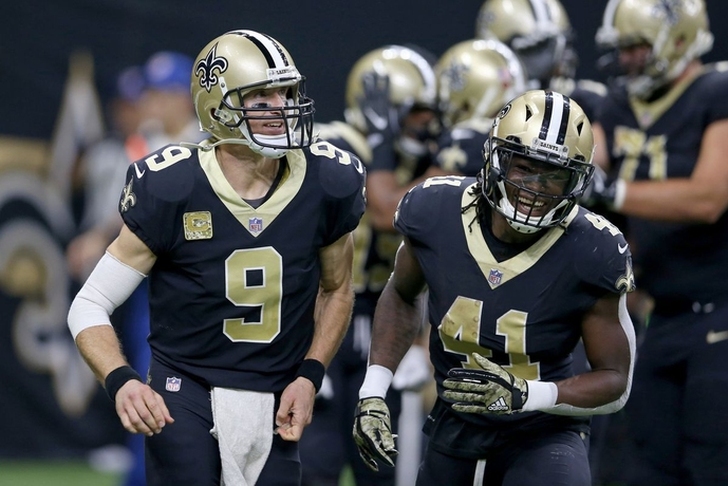 The New Orleans Saints returned to the playoffs last season and were a Minnesota Miracle away from reaching the NFC Championship Game. This team believes their championship window is still open, and while they play in the tough NFC South, many are expecting them to make another run at the Super Bowl. Here's a game-by-game prediction of the Saints' schedule this year:

Jameis Winston turns the ball over. A lot. As long as Drew Brees and the Saints take care of the ball, they should win this game comfortably. Tampa Bay, while improved, does not have the talent to hang with the Saints.

The Saints aren't as good on the road, but New Orleans is the superior team in this matchup against an underwhelming Giants team.

Washington made a change at quarterback this offseason, trading for Alex Smith while letting Kirk Cousins walk in free agency. However, the rest of the team is still very much the same - and not good enough to beat the Saints.

The Ravens are a team of solid players but they don't really have any stars. Plus, their offense has been stagnant in recent years with Joe Flacco under center. They simply won't be able to keep pace with the Saints on the scoreboard.

The Saints are headed back to Minnesota and it will be deja vu all over again for New Orleans. Perhaps not the same ending but the same outcome with Vikings coming away with the victory thanks to Kirk Cousins.

LA was really, really good last season and they only got better defensively by adding Marcus Peters, Aqib Talib, and Ndamukong Suh. They'll win a hard-fought game between two of the best teams in the league and what will be a potential playoff preview.

The Bengals are rebuilding in their own right and are not on the same playing field as the Saints. New Orleans wins comfortably on the road.

The Eagles are the champs for a reason - they have seemingly no holes on their roster. They'll win this game, though New Orleans will provide a stiff test.

New Orleans will earn the split against Atlanta on Sunday Night Football.

Even though the game is in Dallas, this will be a good matchup because the Saints are great in dome games and match up well against the Cowboys. Dallas secondary simply won't be able to slow Drew Brees.

If the Bucs haven't fired head coach Dirk Koetter by this point in the season, there will be a lot of talk about it. That dysfunction will help the Saints sweep Tampa Bay.

Carolina is a solid team that has improved their offensive weapons but their secondary still leaves somthing to be desired. Like with Atlanta, these two will split the season series.

The Steelers have been one of the best teams in the AFC for the past decade and a half and have plenty of star power. However, the Saints found a number of key young players on defense last year to complement one of the most explosive offenses in the league, and that will be the difference for them in the Superdome.

The Saints will wrap up the season by clinching a playoff spot at home against the Panthers.