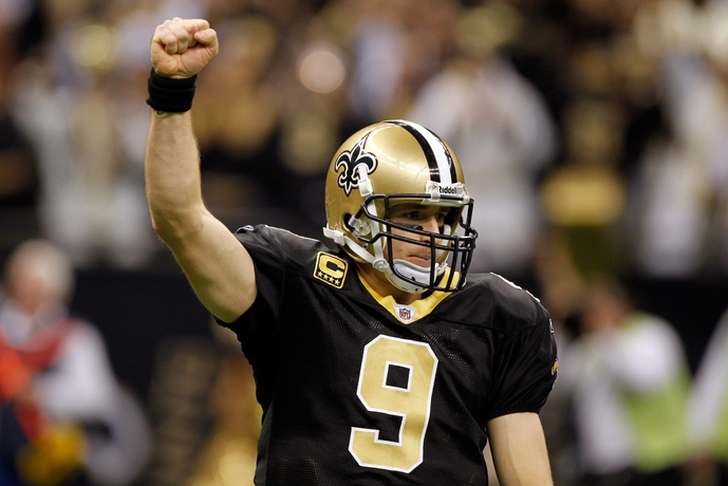 New Orleans Saints QB Drew Brees battled through shoulder and foot injuries this season. There was a fear that Brees would require surgery for one of both of the injuries. However, that's not the case.

ESPN's Ed Werder reports that Brees doesn't need any surgery. The doctor who advised Peyton Manning on his torn plantar fascia told Brees he won't need surgery for the same injury. Brees will need to sit out 4-6 weeks to rest before resuming any training.

Brees, despite playing through the injuries, put together another impressive season. He completed 68.3 percent of his passes for 4,870 yards, 32 TDs and 11 picks.

Werder reports the Saints can now pursue an extension with Brees with the injury concerns out of the way. Brees said earlier this week he'd be open to signing an extension.

Brees is in the last season of his deal with the Saints. He'll carry a massive $30 million cap hit next year, the largest of any player in the NFL. An extension would likely allow the Saints to lessen the hit for next season.