Will Smith Sidelined For The Year With Torn ACL 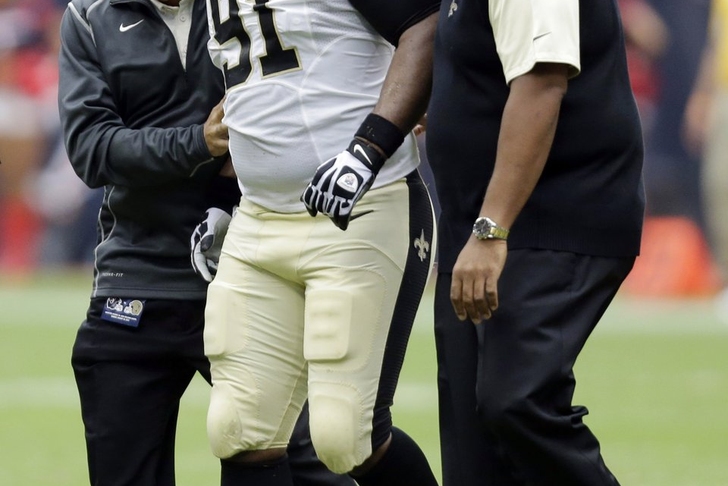 Veteran linebacker Will Smith of the New Orleans Saints will miss the entire 2013 season with a torn ACL.

The injury occurred in the team’s preseason game on Sunday night against the Houston Texans. Smith confirmed the injury in a text message to ESPN’s Ed Werder and also said the surgery will performed by Dr. James Andrews.

Along with transitioning the Saints defense to a 3-4 scheme, new defensive coordinator Rob Ryan has dealt with many injuries this offseason. Outside linebacker Victor Butler and defensive end Kenyon Coleman have gone down with what are likely season-ending injuries, and to make matters worse, inside linebacker Jonathan Vilma is still recovering from arthroscopic knee surgery.

The loss of Smith will take a huge toll on an already-shaky Saints defense. Last season, the Saints had the worst defense in the league - they ranked last in net total yards (7,042), rushing yards per game (147.6) and ranked second to last in pass yards per game (292.6).