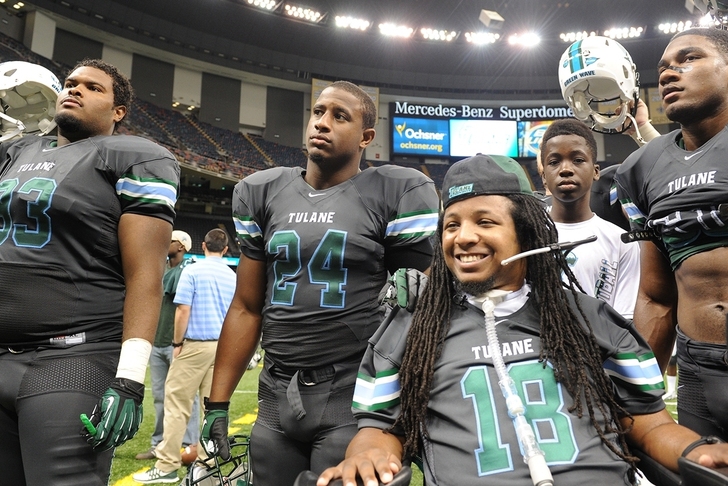 In September of 2012, former Tulane Green Wave safety Devon Walker was paralyzed after a helmet-to-helmet hit in a game against Tulsa fractured several of his vertebrae.

Walker didn't let that deter him, however, returning to Tulane to finish his major in cell and molecular biology just one year after he was originally slated to graduate.

To celebrate his graduation, Walker took a trip to New Orleans Saints camp on his big day -- and was greeted with an amazing surprise --

What a great day to be a Green Wave and a @Saints Congrats to Devon Walker on signing! #2014nflsigning #rollwave pic.twitter.com/8hZHrFJkLD

Courtesy of Nick Schwartz of For The Win, here is Sean Payton's statement on one of the most heartwarming signings of this or any offseason:

“Despite the devastating injury he suffered, Devon refuses to let that define him. He is an outstanding young man, who is not only an inspiration to his coaches and teammates at Tulane, but to all of us. Devon’s character, determination, intelligence and work ethic are everything that we look for in a New Orleans Saint when we sign a player. This is the least we can do to recognize Devon and these attributes that we want all of our players to have.”