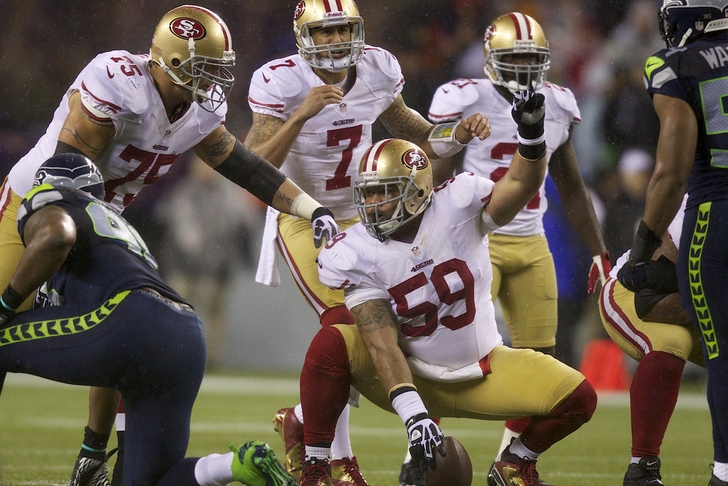 In today's look into the world of Saints news, the New Orleans Saints have reached a deal in principle with former San Francisco 49ers center Jonathan Goodwin.

Per Kevin Patra of NFL.com, "NFL Media Insider Ian Rapoport reported Monday that the Saints have agreed to a contract with center Jonathan Goodwin, according to a source informed of the player's situation. The signing should happen this week."

This is a return trip to New Orleans for Goodwin who spent five years with the Saints (2006-2010) before spending the last three in San Francisco.

The Saints have been waiting until after June 1st to sign the 35-year-old veteran, as signings after than date do not alter the 2015 compensatory draft pick formula.

While Tim Lelito is still the number one option for the team on the depth chart at this time, Goodwin's 108 career stars make him a proven Plan B if necessary.