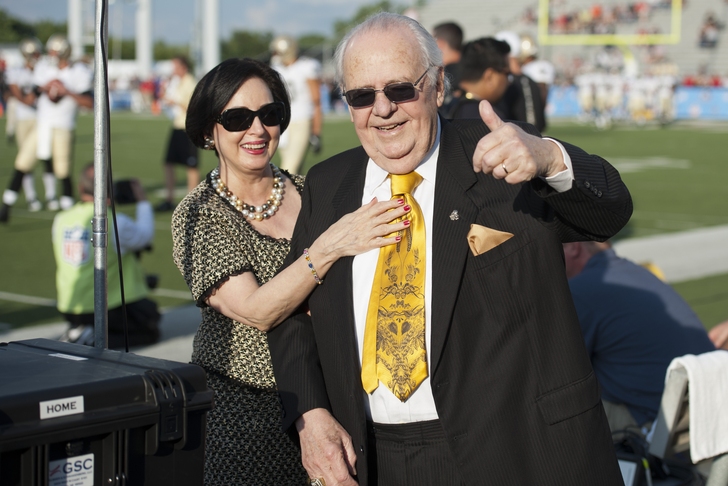 A legitimate public family feud has broken out recent changes made by New Orleans Saints owner Tom Benson to his will. Under a new succession plan detailed in the document, ownership of the Saints and NBA's New Orleans Pelicans would go to his wife Gayle.

This has prompted what has turned into an ugly public battle, with daughter Renee LeBlanc and her children, Ryan LeBlanc and Rita Benson LeBlanc, filing a lawsuit challenging the changes to Mr. Benson’s will.

This caused another granddaughter, Dawn Jones, to come out and condemn her aunt and two cousins for the tact they've taken in this situation.

“Unfortunately it is now public knowledge that an ugly conflict is taking place in our family,” Jones said in a statement released to the media. “I have remained silent over the past week in hopes that the conflict would be resolved quickly and quietly once other family members saw the irreparable damage that was being done by their actions. It has become apparent over the last few days that they have no intention of stopping their relentless attacks, so at this time I would like to publicly state my support for my grandfather, Tom Benson. My husband, my children and I all have a great relationship with my grandfather and Gayle. I have recently spent time with them both and communicate with them on a regular basis. I have witnessed nothing that warrants the actions that are currently being taken. I am brokenhearted that other family members have chosen to publicly harass and humiliate the patriarch of our family — the very person who is responsible for giving them everything they have. During this difficult time I would ask that you pray for the entire family, especially for my grandfather, Tom Benson.”

Benson's heirs have been trying to get a New Orleans Civil District Court to deem the 87-year-old owner mentally unfit to make changes to his succession plan, with the findings of three psychiatrists reportedly to be written up over the course of what's being termed as "a few weeks" before being presented to Judge Kern Reese.