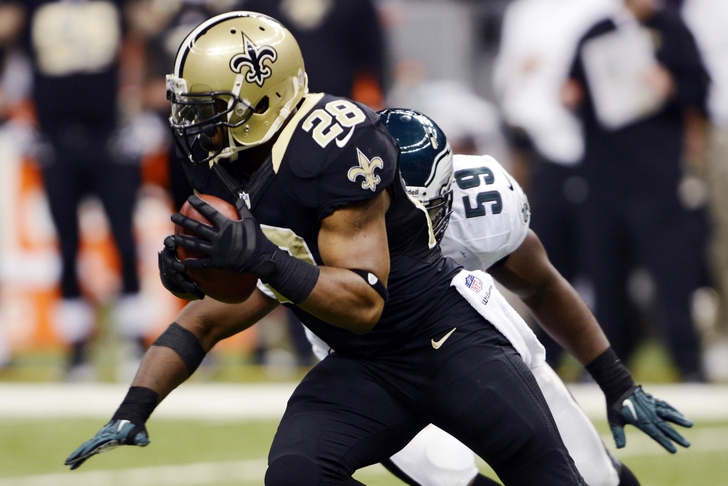 In Saints rumors tonight, while the New Orleans Saints have picked up the fifth-year option for 2011 defensive end draftee Cam Jordan, they are unlikely to do the same for running back Mark Ingram.

According to Jason LaCanfora of CBS Sports, the New Orleans Saints may wait until after the 2014 NFL season to assess what they have in Ingram:

Saints do not intend to pick up the 5th year option on RB Mark Ingram. They'v already exercised the '15 option on fellow '11 pick Cam Jordan

Per Ben Levine of ProFootballRumors.com, "Ingram joins Pierre Thomas atop a running back depth chart that lost Darren Sproles to a trade with the Eagles. Ingram ran for 386 yards on 78 attempts in 2013, scoring one touchdown. His best season came in 2012, when he rushed for 602 yards and five scores."

If the Saints were to exercise Ingram's fifth-year option, he would be projected to be in line for a little over $5 million in compensation come 2015.

Your Saints rumors whenever and wherever you want them. Download our new Chat Sports iPhone app and follow our Saints team page today.