Saints Rumors: New Orleans A Good Bet To Trade Up In 2015 NFL Draft? 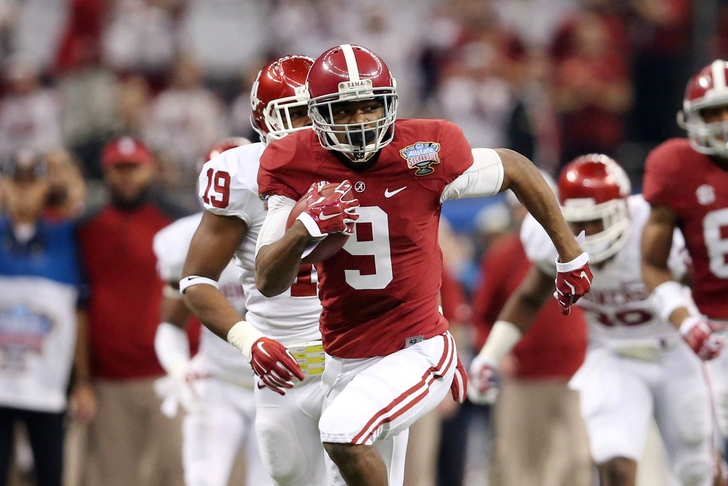 There's always that one trade on draft day that no one saw coming which shakes the very landscape of the top of the NFL Draft. According to NFL Media analyst Daniel Jeremiah, the New Orleans Saints are a good candidate to bet on in 2015 when it comes to trading up into the top ten of the draft.

"Jimmy Graham is gone. Kenny Stills is gone," Jeremiah said on NFL Network's "Path to the Draft" Friday, via NFL.com. "Brandin Cooks, let's give him a running mate. Kevin White would look good with the Saints. But maybe the Saints, who are in the South division and are thinking Southeastern Conference, go all the way up to No. 4 and grab Amari Cooper. Let's have a happy Drew Brees."

For a frame of reference, the Buffalo Bills parted with a 2015 first-rounder and fourth-rounder in 2014 to move up to #4 in last year's draft. It'll be interesting to see whether the Saints are willing to give up that much in order to have a chance at either Cooper or White.