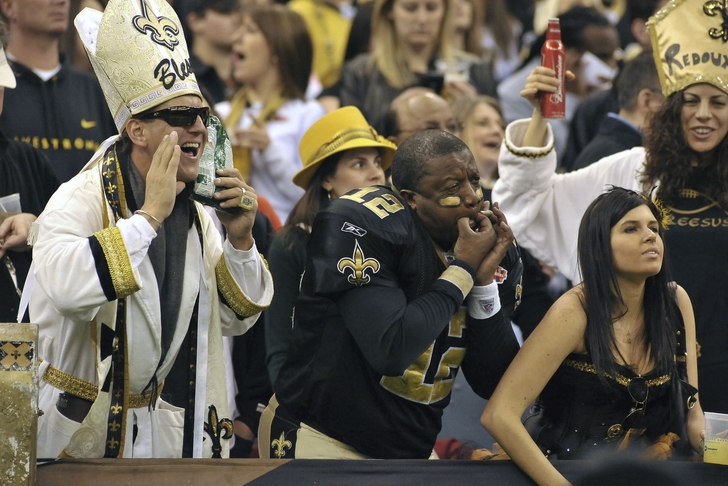 For all the latest Saints news and schedule analysis, be sure to follow our Saints team page.

The NFL schedule for next season has just been released, so here are the three biggest match-ups for the New Orleans Saints heading into their 2014 schedule:

If every Saints / Panthers game was on national television, the nation would be very very lucky. One of the most fun budding rivalries in professional sports renews acquaintances, with the Saints looking to take back an NFC South division they see as rightfully theirs.

The teams split their two contests last season, with the Panthers cementing their division title back on December 22nd with a 17-13 barn-burning home victory over the Saints. The Saints look to exact revenge in Charlotte.

The Saints get a high-profile return match with the San Francisco 49ers after beating the eventual NFC Championship participants 23-20 at home last November.

However, the sting of a heartbreak 36-32 loss to the 49ers back in the 2012 Divisional playoffs still permeates, and the Saints aren't going to be satisfied until they can exorcise those demons once and for all.

With the exception of maybe their road tilt with Dallas, this may qualify as the toughest road test on a relatively (on paper) weak non-division road schedule.

However, the Chicago Bears have completely retooled their secondary to deal with pinball-scoring passing offenses like the New Orleans Saints, so the clash of styles in this battle of NFC contenders could make for a sneaky-great game.