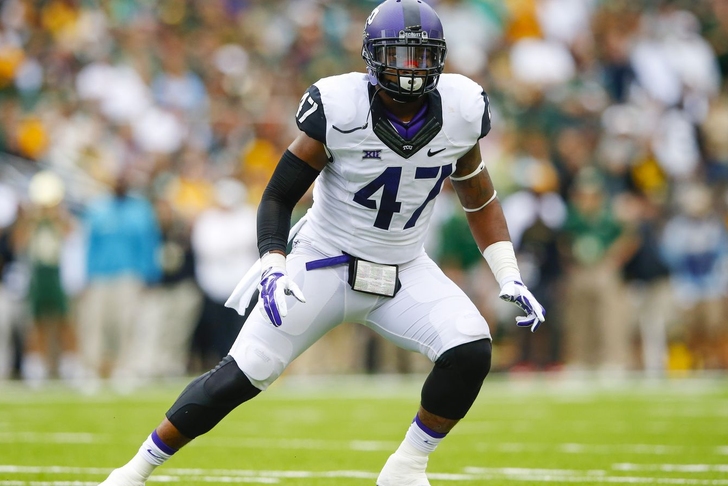 Most of the New Orleans Saints' coaching staff was at LSU's pro day on Friday, but linebackers coach Joe Vitt was not among those in attendance. He had another engagement at TCU's pro day with linebacker and projected first-rond pick Paul Dawson.

Per Evan Woodbury of NOLA.com, "Dawson met with Vitt, the Saints' assistant head coach, on Friday afternoon, according to Fort Worth Star-Telegram."

NFL.com ranks Dawson as the top inside linebacker of the 2015 draft class. That's a heck of an accomplishment for the 6-foot, 235-pounder, who began his collegiate career as a wide receiver.

While he had a rough day by all accounts at the NFL Scouting Combine, Dawson reportedly improved his 40-yard dash time in Friday's workout to 4.78 seconds after posting a time of 4.93 seconds in Indianapolis. That was enough to pique the interest of the visiting St. Louis Rams, who also met with Dawson on Friday.