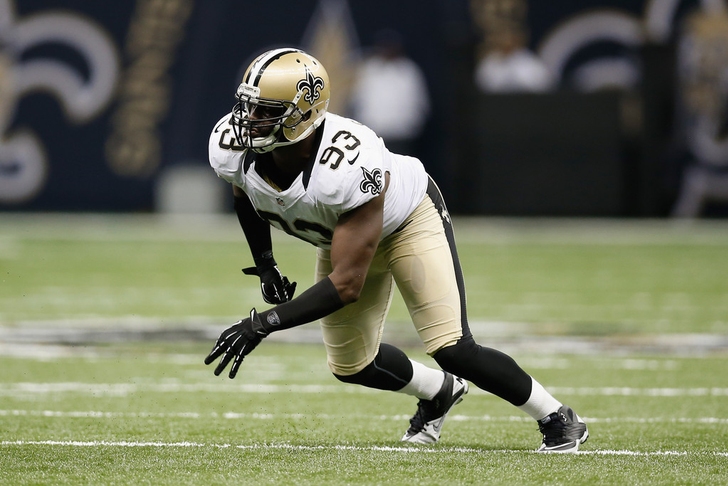 New Orleans Saints linebacker Junior Galette has been charged with domestic violence stemming from an incident at his home, according to Police spokesman Lt. Brian McGregor.

Police responded to a disturbance at Galette's home, arriving early Monday morning, where they discovered a woman with apparent injuries in front of the house.

Galette is accused of choking and pushing the woman to the ground. Police said the woman would not leave his home and wanted money for cab fare. Galette maintains he was not in a relationship with the woman, though she used to live with him to help maintain his home.

The woman referred to herself as Galette's girlfriend/personal assistant, while Galette said she was a "dancer". Galette apparently recorded the incident with his phone, and police are working to obtain the recording.

Under the NFL's new personal conduct policy, Galette could face a six-game suspension if convicted, with this being his first offense. A second offense would incur a season-long suspension, while a third would mean a lifetime ban from the NFL.

Saints Senior Vice President of Communications Greg Bensel said the team is aware of the incident and currently gathering information.