Saints Defense Shines in First Game Of The Season 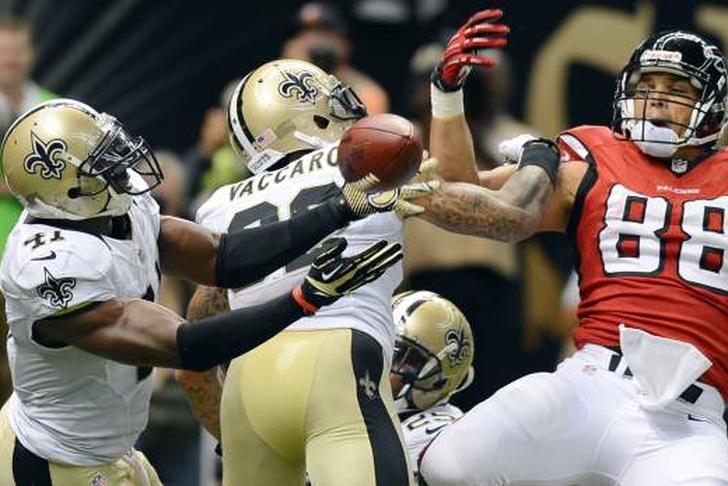 The New Orleans Saints have a new look to their defense.

After having a pitiful defensive season last year, the Saints came into the 2013 season with plenty of new faces.

The Saints hired Rob Ryan as their new defensive coordinator during the offseason, and Ryan has made several positive changes to the defense so far. Ryan introduced a 3-4 scheme this season, and also wanted to bring a more aggressive style of play. One of the Saints biggest problems last year was getting pressure on the quarterback and defending the open spaces.

Along with Ryan as the new defensive coordinator, the Saints also added new players to the defense. Rookie safety Kenny Vaccaro and free agent acquisition Keenan Lewis both are in their first season with the team, and with the injuries to Will Smith and Victor Butler during the offseason, the Saints are looking to Junior Galette and Martez Wilson to fill in for them.

Ryan and the Saints defense were challenged right away, facing Matt Ryan and the high-flying Atlanta Falcons offense.

The challenge was accepted. After allowing ten points in the first quarter, the Saints D was dependable when it needed to be, only allowing seven points in the last three quarters of the game. The Saints sacked Matt Ryan three times, and also intercepted him once.

The Falcons reached the Saints’ 10-yard line four times, and the Saints impressively held them to two touchdowns, a field goal and a goal-line stand. New Orleans only allowed 88 rushing yards Sunday after having the worst run defense in the NFL last season, allowing nearly 150 yards per game.

When it mattered most, the Saints defense stepped up. They were great in the red zone and in the fourth quarter, which ultimately propelled them to victory.