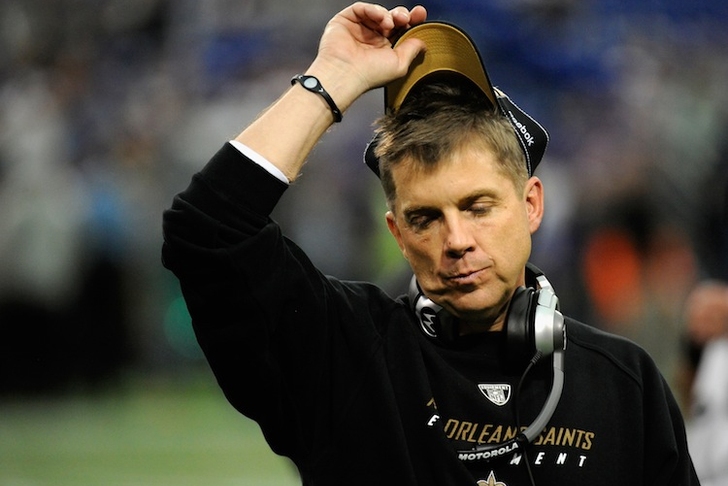 The New Orleans Saints have been one of the NFL's biggest disappointments this season, and with that comes questions about the head coach's job security. Sean Payton has been with the Saints since 2006, and rumors are swirling that it might be time to change things up in the Big Easy. If he were to be fired after this season, who could replace him on the sideline? Lombardi is only in his first season as the offensive coordinator of the Detroit Lions, so he may not feel ready to be a head coach in the NFL. However, Lombardi starting working for the Saints in 2007 and became the quarterbacks coach in 2009. Quarterback Drew Brees has gushed about how much respect he has for Lombardi, who has already experience a good deal of success with the Lions. New Orleans would only entertain this scenario if they struck out on their top candidates, but he certainly is someone they have their eye on.

Hamilton followed Andrew Luck from Stanford to Indianapolis, and he’s led outstanding offenses at each stop. He’s going to be a hot candidate for every opening across the league, but New Orleans has offensive weapons he hasn’t had before, as well as another premier quarterback in the NFL. This would be the best fit for him – if he decides to leave Andrew Luck’s side.

New Orleans needs a LOT of help defensively, so if they were to let Payton go, they might go after someone with a defensive background. Bowles has quietly led and constructed one of the league’s best defenses in Arizona, and they haven’t missed a beat despite having several starters hurt this season. He was the interim head coach for the Miami Dolphins in 2011, and is one of the rising stars in the NFL coaching world. This move would send quite a shock through the football world, but it would make sense for the Saints. Cameron was the offensive coordinator in San Diego when Brees was with the Chargers, and guided Brees have one of his most successful seasons as a pro (104.8 QB rating, career-low seven interceptions in 2004). He's never been a head coach before, but he has a successful history with Brees, and has 10 years of NFL experience before leaving for LSU.

Bevell worked with Brett Favre and Adrian Peterson in Minnesota before moving to Seattle in 2011, where he’s helped develop Russell Wilson and built a dominant running game. He has a Super Bowl pedigree and would bring new life to a team that seems to have forgotten how to win.

Gase is only in his second season as the offensive coordinator in Denver, but he’s already guided the best offense in league history. He’s proven he can handle star players and their egos, particularly on the offensive side of the ball. Gase will be the most sought-after candidate, and New Orleans would be one of the best jobs available this offseason.

Who do you think should get the job is Sean Payton gets fired? Leave a response in the comments!