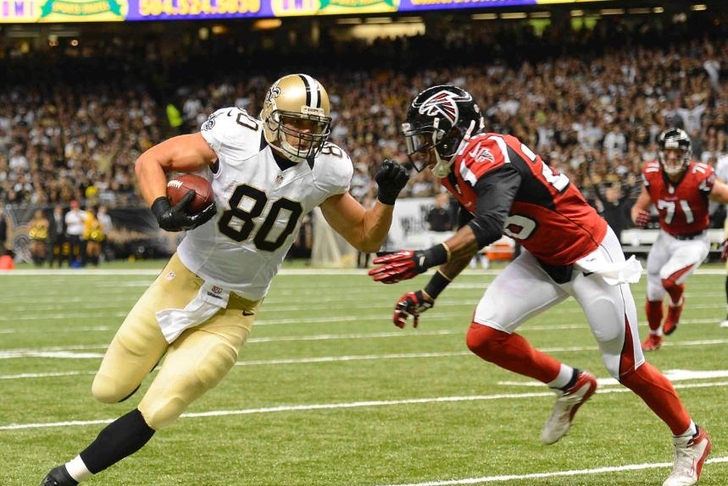 The New Orleans Saints head into Atlanta to take on the Falcons in their season opener.

Although Atlanta had a down year in 2013, the Saints had their hands full in both victories over the Falcons. This rivalry is still alive as ever as both teams vie for a win to kick off their 2014 season.

Key Stat: Drew Brees was sharp against the Falcons in 2013, completing 72.1 percent of his throws for 635 yards and four touchdowns in two victories.

Atlanta Outlook: The Falcons went from a 2012 NFC Championship appearance to a 12 loss season in 2013.

Part of that had to do with major losses on the offensive side of the ball. Julio Jones missed a majority of the season with a foot injury, and even the ageless Roddy White struggled with injuries for the first time in his career.

With his receivers now healthy, Matt Ryan will look to lead a playoff-caliber offense back into form in 2014. The problem is the Falcons defense falls far short of matching the talent of the offensive side of the ball, and will be the achilles heal of this Atlanta team.

New Orleans Outlook: The Saints took the opposite route of the Falcons last year, coming off a disappointing 2012 season to post 11 wins and make the playoffs with Sean Payton back on the sideline.

The offense will be loaded with weapons as usual, but this defense posted an underrated 2013 season, and proceeded to add more talent over the summer, suggesting New Orleans may be an even stronger all around team then last year.

What to watch for: In a battle of Drew Brees and Matt Ryan, the obvious focus is on the explosive offenses of the Saints and Falcons. Surprisingly, neither of last year's games turned into shootouts.

Still, expect both teams to put up big yardage totals. Whichever defense can buckle down in the redzone will give their team the upperhand.

Each offense features a dynamic rookie in Devonta Freeman for the Falcons and Brandin Cooks for the Saints. Expect both to be involved in some way in their first career game.

What they're saying - Falcons:

What they're saying - Saints:

Saints have owned Falcons, no indication it could change Sunday (The Times-Picayune)

Front seven could wreak havoc on Ryan (Who Dat Dish)

The Saints come into this game with a more talented team, but the Falcons will put up a fight with a fully healthy offense. How well Atlanta's defense performs against the Saints loaded offense will determine their fate.