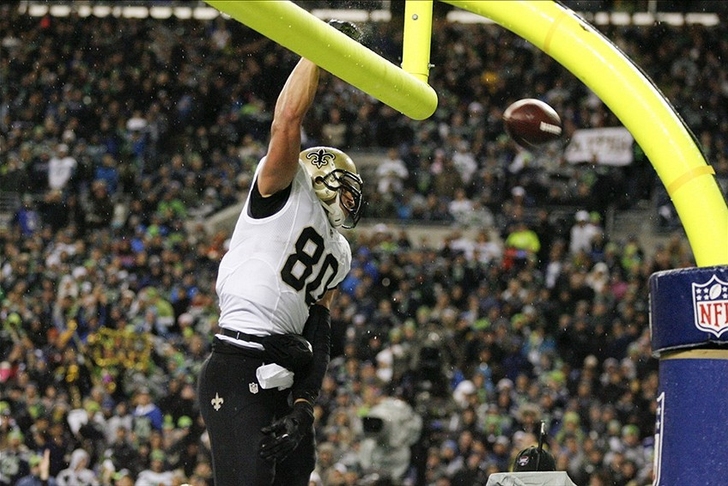 Across the nation, the overwhelming sentiment was that there was no way that these New Orleans Saints could go on the road into cold weather and win a playoff game.  After a tight, tense game, for a few minutes, it looked like they’d be proven right.  But then something happened.  Drew Brees began carving up the Philadelphia secondary, moving the ball steadily downfield.  Mark Ingram and Khiry Robinson ran incredibly tough, picking up key first downs in situations where their inability to do so earlier in the season cost them a couple of wins (and a first-round bye), and they were able to set up Shayne Graham for a last-second field goal to give the Saints their first road playoff win ever.

It’s back to Seattle, where on December 2, the Seahawks handed the Saints a 34-7 beatdown.  It was the second-worst defeat of the Drew Brees/Sean Payton era, and it solidified the Seahawks as a favorite in the NFC (if there had been any doubt earlier).

Can the Saints rebound?  Will they make it a game this time?  Can they win?

Here are three key players that could make the difference on Saturday.

Keenan Lewis – If one player made a case for why he deserved to be in the Pro Bowl last weekend, it was Lewis.  Lewis held DeSean Jackson without a catch for almost three entire quarters before leaving with a concussion, and the difference was obvious.  The very first play after Lewis left, Jackson got his first catch of the night on a 40-yard grab down the sideline.  Later on, Jackson drew a long pass interference penalty after beating Corey White downfield.

No disrespect towards White or Rod Sweeting, but they were figured to be the fourth and fifth corners on this team at the beginning of the season, and losing Lewis (on top of Patrick Robinson and Jabari Greer’s seasons ending early) made it clear that the Saints are in big trouble if they’re needed to occupy the top two spots.

Fortunately, Lewis seems to think that he’ll play Saturday.  Of course, concussions can be tricky, and we have yet to know the extent of Lewis’ involvement in practice and whether doctors have cleared him.  But suffice it to say his status will be key.

Mark Ingram – The biggest knock on the Saints’ offense since Brees and Payton came to town has been that the offense is often too one-dimensional.  That has often been a fair criticism, and in fact the team has been at its best when it has a solid rushing threat to supplement the high-flying passing attack.  This is best demonstrated by the 2009 Super

Meanwhile, to call Ingram’s brief career a disappointment might also be fair.  After the Saints traded back into the first round to draft Ingram fresh off of a Heisman campaign at Alabama, he has struggled to live up to the hype.  But he has shown flashes here and there, and he stepped up big last weekend.  With Pierre Thomas sidelined, Ingram assumed the lead role in the running back corps and delivered nicely, rushing for 97 yards and a touchdown on 18 carries (5.4 average).

With the weather expected to be rainy and windy on Saturday, keeping a formidable running game will be very important, and it will again fall on Ingram to lead the way.  Khiry Robinson (who also had a nice game against Philadelphia, going for 45 yards on eight carries) will also be called upon, but Ingram will be the focal point.

Thomas Morstead – As stated, the weather is not expected to be kind this weekend, which may keep the two teams’ offenses somewhat grounded.  That being the case, field

position will be huge.  The Saints have one of the NFL’s better punters in Morstead, who tied for seventh in the league this year averaging 46.9 yards per punt.  When the Saints offense stalls (and both teams’ will), it will fall to Morstead to keep the Seahawks pinned back.

Even when it looked like the Saints were bound for the 2-seed and a bye, I was dreading the possibility of having to go back to Seattle.  Then they ended up in Philadelphia, and the bulk of America immediately wrote off the possibility of the Saints winning on the road.  But it happened.  They got the first road playoff win in franchise history, and people are starting to believe.  Now they’re heading for a rematch with the one team that truly dominated them this season.  Everything about this game says Seattle wins.  But damn it, I believe, and maybe I’m picking this one with my heart instead of my head, but I don’t care.