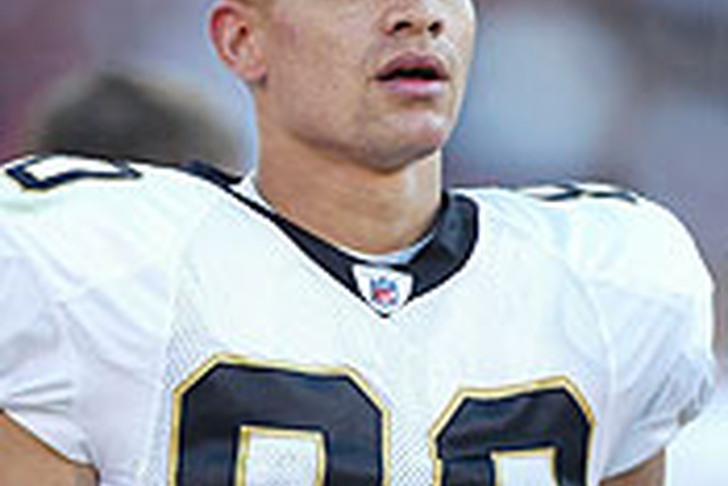 Another week, another New York team.

After dispatching Buffalo, the Saints will make their way back to the northeast for the second time in a month to take on the New York Jets.  After showing a nice recovery from the season’s first defeat in the victory over the Bills, it’s time to keep the momentum going.  (Also a fun fact: the last time the Saints played the Bills and Jets on consecutive weeks was the Super Bowl season of 2009.)

What looked like one of the biggest locks of the year at season’s beginning is now looking like it could pose a bit more of a challenge than expected, as these Jets have proven themselves much more capable than anyone expected.  They currently sit at 4-4, which is more wins than many expected them to get all season, and have been scratching out tight victories over what a lot of people would call more talented teams.  The Saints are certainly more talented, and will be the decided favorite on Sunday.  But they should not take this game lightly.

Here are three factors to consider heading into Sunday

Paging Darren Sproles. Darren Sproles had his worst, or at least his least productive, game as a Saint last week, when he totaled a whopping zero yards of offense.  Sproles did not have a rushing attempt, and caught four passes for a total of no gain.  As the most versatile and dynamic threat the Saints have, his involvement will be key to the team achieving its goals (winning the division, playoff run, Super Bowl).  Look for Darren to try

and get back on track this week.

Rookie QB Alert! As noted earlier, the Jets have not been nearly the tire fire that many expected this season, and a lot of credit for that goes to rookie quarterback Geno Smith.  Forced into starting before the Jets were ready thanks to Mark Sanchez’s injury, Smith hasn’t been asked to do a whole lot, but has generally shown a steady hand.  That said, he is a rookie, and can be mistake-prone at times.  To illustrate this, Smith has thrown three pick-sixes in the last two games.  If the Saints’ secondary can pounce on the opportunities Smith offers them, they can make it a long day for the rookie.

Can Graham get going? The New England Patriots employed a strategy of putting their best cover man (Aqib Talib) on Jimmy Graham, the idea being to take away the Saints’ best weapon and make someone else beat them.  It worked, as the Pats held Graham (who was leading the NFL in receiving at the time) to no catches all day.  Word going around is that the Jets plan to do the same thing, by putting Antonio Cromartie on Graham.

A case could certainly be made that Graham is the Saints’ most important non-Drew Brees player on offense, and he needs to be able to get his, Cromartie or no Cromartie.  We’ll see if Graham and Sean Payton have worked up a counterstrategy to the ploy that Belichick used successfully three weeks ago.

This game won’t be nearly the slam dunk I thought it would be back in August.  Credit to the Jets for making the AFC East race somewhat interesting in a year when most expected them to bottom out and hand a jersey to Jadaveon Clowney next spring.  But they don’t match up well with the Saints.  Their secondary lacks playmakers (save for Cromartie), and their offense doesn’t have enough firepower to keep up with New Orleans.  Let’s call it 31-13, Saints.